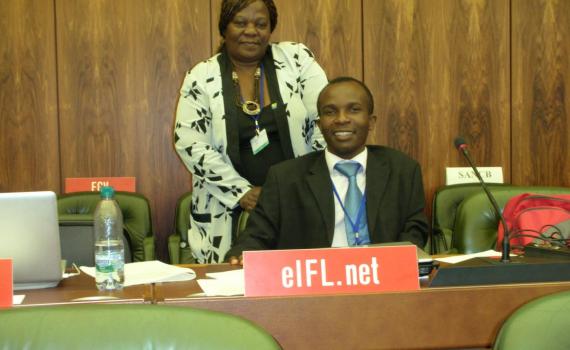 EIFL has been engaged in copyright work in Malawi since 2005.

We have built library capacity in copyright issues with our partner, the Malawi Library and Information Consortium (MALICO). In 2010, we supported MALICO to give input during the drafting of a new bill that aimed to update Malawi’s copyright law of 1989 to take into account technological and legal developments.

In September 2016, Malawi adopted a new Copyright Act, which repeals the law of 1989.

In 2017, EIFL conducted an assessment of the Copyright Act of 2016 to help raise awareness about how the new law affects the work of libraries, and to cooperate to seek opportunities improvements so that the law best supports libraries and education in Malawi.

In 2010 Malawi’s copyright office, the Copyright Society of Malawi (COSOMA) - that also acts as the national Reproduction Rights Organization (RRO) - began work on a new law that would take into account international developments in the area of copyright, such as the 1996 World Intellectual Property Organization (WIPO) Internet Treaties.

As a result, a new Copyright Act was adopted in September 2016.

In October 2017, EIFL published an assessment of Malawi’s Copyright Act of 2016. The assessment found that while the act permits a good range of library activities, complex conditions limit what libraries can do in practice and there are missed opportunities to enable digital activities. In addition, there are restrictions on the making of accessible format copies that will affect libraries’ ability to properly serve the needs of blind and visually impaired people.

Building capacity of library leadership in copyright issues and advocacy

EIFL will work with MALICO to raise awareness of the new law, engage in discussions with policy-makers, and to seek opportunities for improvements so that the law best supports libraries, education and people with disabilities in Malawi.