Skip to main content
Creative use of ICT: Innovation Award 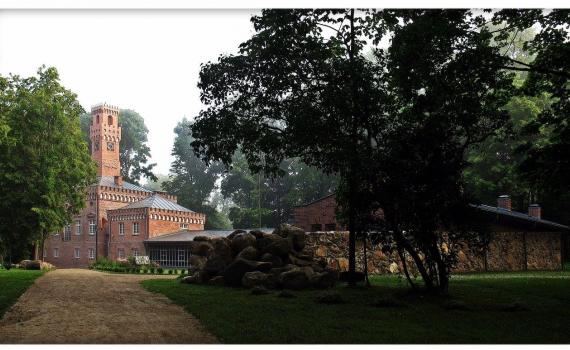 In 2012 the library moved into Plungė Park’s historic castle - an Italian-style neo-Gothic castle built in the mid-1800s. Its main feature is a 12-metre tall clock tower, which gives Plunge Municipal Clock Tower Library its name. Photo by A.Verkys

The library created the virtual tour - Plungė Smart Park to contribute to Plungė District Municipality’s strategic plan for 2015 - 19, which has three main goals: to develop and educate the community, to boost tourism and the local economy, and to improve the district’s image.

A further motivation was the library’s special location. In 2012 the  library moved into one of the most important buildings in Plungė Park, an Italian-style neo-Gothic castle originally built in the mid-1800s. The main feature of the castle is a 12-metre tall clock tower, with a clock that can be seen from all angles and which chimes every hour.

The library wanted to show the historic buildings as well as the beauty and richness of nature in the park. They began collecting information, and asked the community to contribute.

The librarians were overwhelmed with the response - they had no idea that Plunge Smart Park would spark such excitement in the community. Many people sent the library photographs, precious objects for display and shared stories and memories about the park to enrich the project. 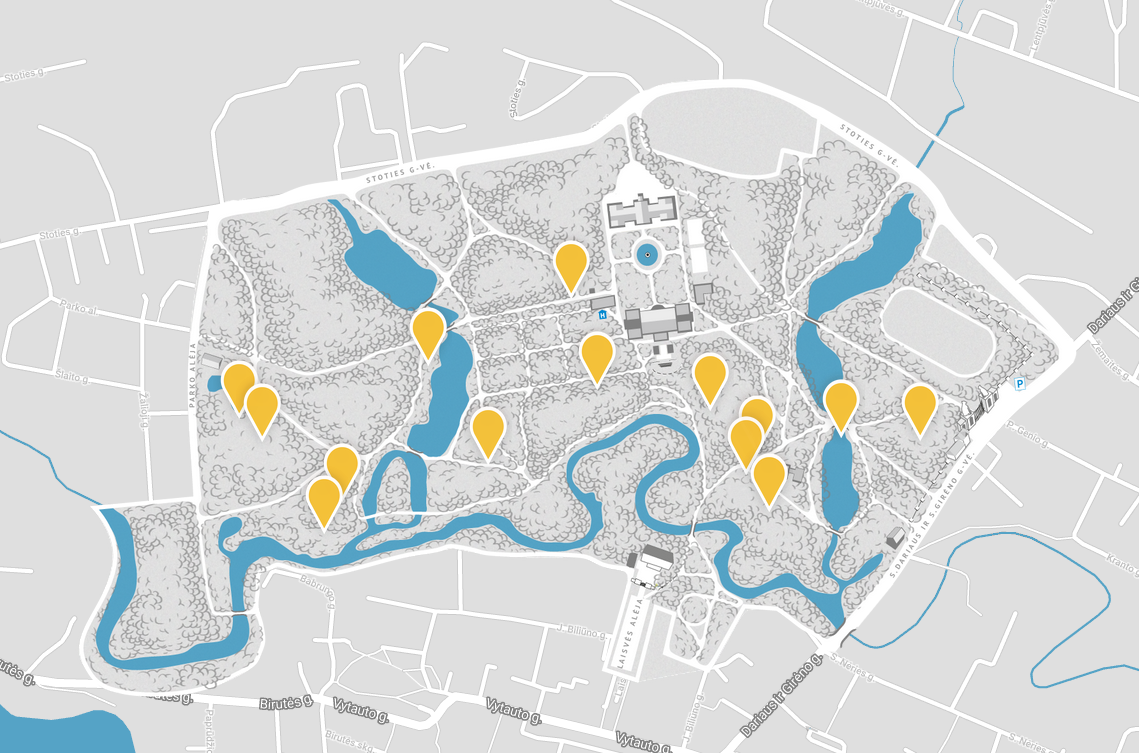 Plungė Smart Park offers three virtual tours. The Fauna Tour includes 47 kinds of birds. The Flora Tour is about plants. The Cultural Tour takes you to the park’s fascinating historical buildings, including the palatial stable building built by Duke Mykolas Oginskis to house his cherished Žemaitukas - small horses that are Lithuania’s national breed.

Librarians have placed numbered information points with QR codes throughout the park, and real world visitors can wander about leafy alleys and paths accessing information as they go, using their own mobile devices or smart phones and tablet computers borrowed from the library, or they can sign up for a guided tour organized by the library. Those who want can also do a virtual reality tour - the library also lends virtual glasses.

For each site, there is an audio commentary in Lithuanian and English, so that blind and visually impaired visitors can fully enjoy the experience.

Success! In the virtual and real worlds

Plungė municipality reports an increase in the number of people visiting the park: from 17,696 in 2015 (when Plungė Smart Park went online) to 26,625 in 2017. Tourists have asked that information be provided in French, German and Russian, and the library is planning to include these new languages.

“I am a huge fan of plants and especially trees. I read on the internet that Plungė park has this special oak tree which is named Thunder oak. I came, I saw - but what really surprised me is the QR code right beside the oak, so I used it and then realized that there is the whole infrastructure and programme in the park, and instead of one incredible tree I found four! I will definitely encourage people to visit!” - Mrs. Klaus, a tourist from Germany.

The tour has contributed to environmental and cultural education: In 2016/17 the librarians led over 330 guided tours through the park for children and adults. The library received so many requests for tours that they approached the Lithuanian Labour Exchange (under the Ministry of Social Security and Labour) for help. In partnership with the Labour Exchange they selected and trained 22 young jobseekers to help staff the the guided tours.

“After, librarians finished teaching me to use the Plungė Smart Park website, I went with my new smart phone to walk around the park. I followed GPS which guided me from one tree to another. I took my time to hug a tree, to smell the flowers and meditate.  I went back a few hours later to thank the library for this opportunity, for the feeling and the joy that I felt. This programme is incredible.” - Ms. Jadvyga, a visitor from Kupiškis city, about 200 kilometres away from Plungė.

The project has won national recognition: in 2016 the State Department of Tourism nominated Plungė Smart Park as the ‘Most successful tourism product in 2016’.

The Plungė Municipal Clock Tower librarians are now working on another creative ICT project - ‘Heritage in Holograms’. The new project will provide information about birds, plants and buildings in the park in 3D hologram format. And they are also working on ways of making routes through the park more accessible to people living with disability.