Skip to main content
The Right to Read in Kyrgyzstan 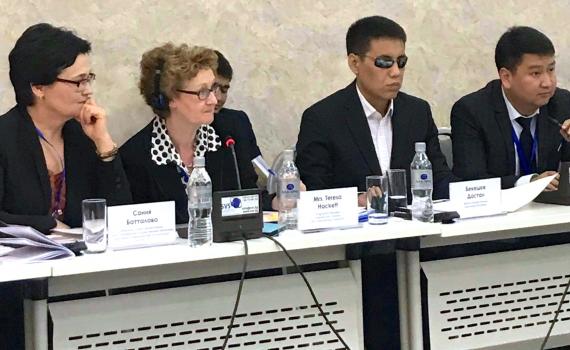 The Marrakesh Treaty (official name: Marrakesh Treaty to Facilitate Access to Published Works for Persons Who Are Blind, Visually Impaired, or Otherwise Print Disabled) improves access to knowledge for print-disabled people by giving organizations like libraries the right to reproduce printed works in accessible formats such as braille, audio, large print and digital formats, and to exchange these works across national borders.

In Kyrgyzstan, the Kyrgyz Library and Information Consortium (KLIC), took the the lead in campaigning for accession to the Marrakesh Treaty.

As a result, on 9 March 2017, the President of Kyrgyzstan approved amendments to the Kyrgyz Copyright Act to implement provisions of the Marrakesh Treaty into national law.

On 24 April 2018, the first international transfer of accessible format books to beneficiaries in Kyrgyzstan took place during a National Seminar on the Marrakesh Treaty. The transfer was facilitated by EIFL.

The law for accession to the Treaty and changes to national copyright law are great achievements for the library community, the local blind community, policy-makers and elected representatives who worked closely together. Now the focus is on raising awareness of the new opportunities for increasing access to reading materials for people in Kyrgyzstan with print disabilities, and in providing practical advice on the operation of the Marrakesh Treaty in Kyrgyzstan.

There are over 13,000 people with visual impairment in Kyrgyzstan, many of whom are unemployed. A major contributing factor to unemployment and lack of social integration among blind and visually impaired people everywhere is extremely limited access to books and other learning materials in accessible formats such as braille, audio and large print, and digital formats.

The lack of accessible reading materials – known as the ‘book famine’ - is partly due to barriers created by copyright law, barriers that the Marrakesh Treaty seeks to remove.

Right to read - Right to knowledge

The goal of the project was to kickstart a campaign for reform in copyright law to ensure equal opportunities for all citizens, including persons with disabilities, and to promote ideas about open education and free access to knowledge in the digital era. The project was managed by Sania Battalova, KLIC Vice President, who was at the time EIFL Country Coordinator in Kyrgyzstan, and funded by the Soros Foundation Kyrgyzstan. 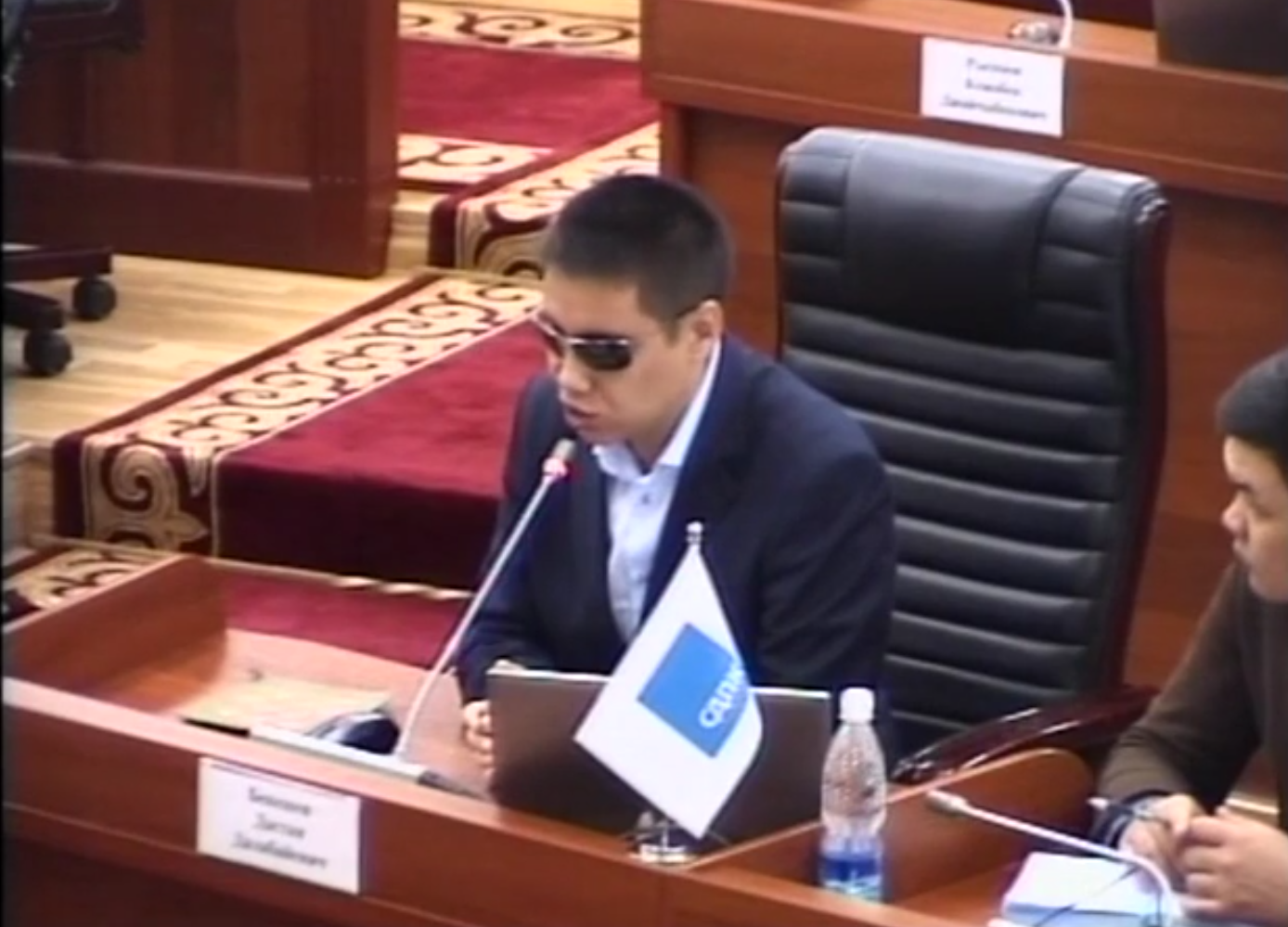 “KLIC is very grateful to EIFL for our work advocating together for the Marrakesh Treaty. We learnt about the importance of the Treaty for blind and visually impaired people in Kyrgyzstan so that people are strong and equal in their right to access information. Above all, participating in law-making procedures was a great professional experience.” -  Sania Battalova, Project Director, Right to Read - Right to Knowledge

Now the focus is on providing practical advice on the operation of the Marrakesh Treaty so that libraries in Kyrgyzstan can make the most of the new opportunities to increase access to reading material for people in Kyrgyzstan with print disabilities.

Read more about how EIFL is supporting ratification of the Marrakesh Treaty in partner countries and implementation of the Treaty into national law.

See the amendments to the Kyrgyz Copyright Act [in Russian]

Read EIFL’s letter of thanks to MP Bekeshev [in Russian and English].