Press release announcing the launch of the Open Climate Campaign, a partnership between EIFL, Creative Commons and SPARC

This grant, which builds on $450,000 (USD) in planning funds from the Open Society Foundations, will fund a four-year campaign to accelerate progress towards solving the climate crisis and preserving global biodiversity by promoting open access to research.

“While the reality of climate change and the resulting loss of biodiversity is certain, the research about these global challenges and the possible actions to tackle them are too often not publicly accessible. In order to solve these pressing problems, the knowledge about them must be made immediately and freely open to all,” said Heather Joseph, Executive Director at SPARC.

“The Campaign has assembled experts from across the fields of climate change, biodiversity, open science, scholarly publishing and open education to develop a campaign that we believe will lead to the open sharing of research outputs as the norm for researchers, governments, funders and environmental organizations,” said Rima Kupryte, Director at Electronic Information for Libraries.

“Climate change is the most pressing global challenge facing humanity. When research and data are closed behind paywalls and people are excluded from the conversation, progress is stifled and we all lose out. This campaign will ensure inclusive, just and equitable access to the essential knowledge we will all need to fight the climate crisis,” said Catherine Stihler, CEO at Creative Commons.

“OSF is thrilled to partner with the Arcadia Fund to support Creative Commons, SPARC, and EIFL, global leaders of the open access movement, to launch the Open Climate Campaign. The quick response from the international research and publishing communities to make all research on COVID-19, and now monkeypox, openly available, demonstrates that to properly address the world’s greatest challenges, research needs to be open. OSF has called for all research to be made openly available, since we helped to define open access to research twenty years ago. I believe the Open Climate Campaign will serve as a model for opening research in other critical fields,” said Melissa Hagemann, Senior Program Officer at the Open Society Foundations.

More information can be found at openclimatecampaign.org.

Creative Commons is a nonprofit organization that helps overcome legal obstacles to the sharing of knowledge and creativity to address the world’s pressing challenges.

SPARC is a non-profit advocacy organization that supports systems for research and education that are open by default and equitable by design.

Arcadia is a charitable fund of Lisbet Rausing and Peter Baldwin. It supports charities and scholarly institutions that preserve cultural heritage and the environment. Arcadia also supports projects that promote open access and all of its awards are granted on the condition that any materials produced are made available for free online. Since 2002, Arcadia has awarded more than $910 million to projects around the world. 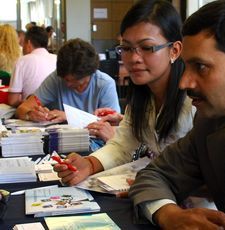 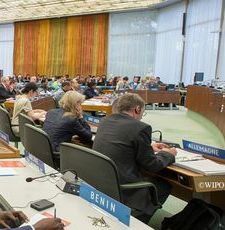 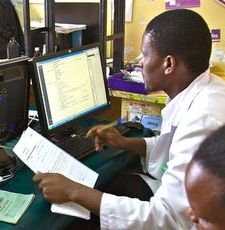 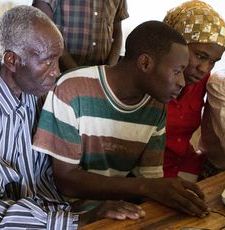