The conference aims to provide a platform for collaboration on policy and research, and supports community building in e-Infrastructures between the European Union (EU) and the Eastern Partnership region (EaP - a multilateral initiative which aims to strengthen political and economic relations between the EU and six Eastern European states - Armenia, Azerbaijan, Belarus, Georgia, the Republic of Moldova and Ukraine).

The conference will focus on e-Infrastructures for Open Science in Europe. Delegates will discuss Open Science and exchange of ideas in research areas such as physics and seismology, biomedical sciences, robotics, data analytics, climate and ecology.

EPEC 2016 is organised by the European Commission-funded project, EaPConnect, which works to strengthen relationships among research and education (R&E) communities in the EaP region, and between EaP R&E communities and their European counterparts.

The conference will be hosted by GRENA, the Georgian network for research and education and beneficiary partner of the EaPConnect project, in cooperation with the University of Georgia. 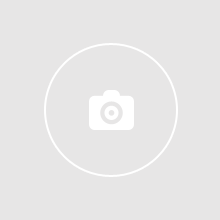